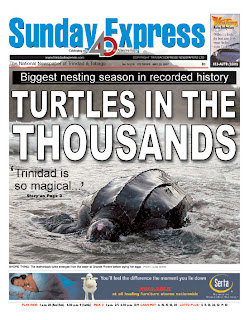 News on prescription
Everyone has become a media manager and some sectors of the media have become complacently complicit in perpetuating this ‘news conspiracy’. Politicians, pressure groups, businesses and now even squatters will call up the media houses, who dutifully trot along to write down and film whatever they are told.
Whether the media people are over-worked, under-staffed, poorly-trained or just plain lazy the answer is just the same – the ‘prescription news’ is published and broadcast to the satisfaction of its creator and the media houses have copy to fill their newspapers and footage to pack their broadcasts.
And on the rare occasions when it doesn’t all go their way they take recourse to the letters column and even the lawyer’s office to seek redress. Only today I answered the phone to an indignant caller who berated me: “You didn’t publish my press release.” Well, that’s right, we didn’t and we’re not going to because it was bland, self-serving and of no value to our readers.
So, I like to reflect the positive things that are happening in our community and I suspect a lot of readers do too. I’ll also admit that I do have a bit of previous history in this area. When editor of the Tribune in Phoenix, Arizona I became so fed up with readers whinging about the downbeat news and staff failing to escape the news conspiracy that I designated the second Tuesday in July ‘Good News Day’.
The entire paper – news, sport, features, business – was given over to uplifting stories about the community and the people who lived in it. The issue created a furore with media watchers accusing me of censoring the news, staff grumbling because it was much more difficult to talk to real people rather than roll up to a news conference and the readers generally loving it.
Yes, of course we will still provide a daily snapshot of life in Trinidad & Tobago. And if that includes rape, kidnap, murder and other atrocities we will report them. It is not our job to sanitize the news.
Yes, of course we will still work hard to call to account our politicians and public officials. We invest a lot of resources into investigative journalism and will continue to do so.
But no, we won’t continue to slavishly follow a news agenda of crime, prescription news and things other people want you to read about.
The turtles have been doing their stuff for 90 million years. Long may they carry on doing it and long may we report it.
Let me know what you think.
Posted by Alan Geere at Thursday, May 24, 2007