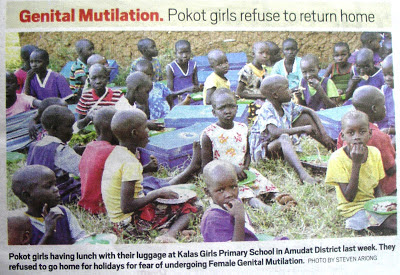 A standalone picture on the same page has this caption: “Pokot girls having lunch with their luggage at Kalas Girls primary School in Amudat District last week. They refused to go home for holidays for fear of undergoing Female Genital Mutilation”.
‘Nuff said.
Posted by Alan Geere at Tuesday, December 04, 2012 9 comments: